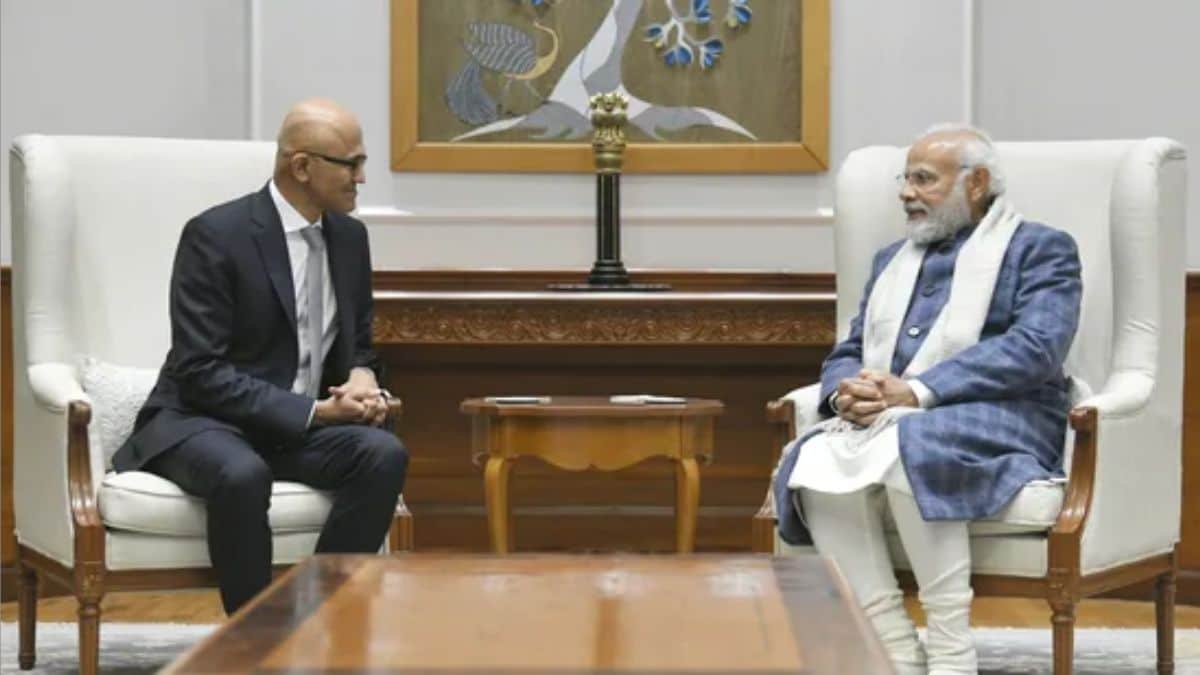 Microsoft CEO Satya Nadella on Thursday highlighted the crucial role of the developer community in creating products and solutions to transform organisations, stating that Indian innovation was transforming the lives of people around the world. Nadella, who is visiting India after three years, also met with Prime Minister Narendra Modi and External Affairs Minister S ...

Microsoft Chairman and Chief Executive Officer Satya Nadella on Thursday said the company seeks to build better tools for developers so they can build more technology and highlighted some of the ways in which Indian innovation is transforming the lives of people locally and globally.

Addressing a gathering of developers, startups and technology leaders at the Microsoft Future Ready Technology summit in Bengaluru, Nadella highlighted the crucial role of the developer community in building innovative products and solutions that transform organisations across industries.

He further reinforced the digital imperative for every organisation and how Microsoft Cloud creates opportunity for every developer with its rich set of technologies and platforms, empowering them to solve for India and make for the world, a release said.

Nadella also called out the 100,000 Cloud skills and certifications earned by the community in the month of December 2022 on Microsoft Cloud.

“Ultimately, for me, it is about being able to put the power of all this technology into the hands of other technologists and developers, so they can go on to create more technology that has a real impact in the world, across every small business, large business, non-profit and public sector” Nadella said.

“At the core, we are a company that gets up every morning to build better tools for developers so they can build more technology,” he added.

The release said Microsoft offers the most comprehensive developer toolchain to empower teams consisting of software professionals and frontline domain experts to innovate together so that they can do more with less.

“Just like the use of programming languages and open source revolutionised the industry, AI is transforming the future of software development with GitHub at the centre of it all. Platforms like GitHub and GitHub Copilot are fundamentally changing the nature of software development enabling developers to code more than 50 per cent faster,” it said.

“Nadella highlighted some of the ways in which Indian innovation is transforming the lives of people locally and globally. Several leading companies, startups and SIs are innovating with Microsoft and startups across India have participated in the Microsoft for startups Founders Hub programme to become enterprise ready,” the release added.

It said Infosys is using Azure infrastructure to power InfyMe, its ‘all in one and one for all’ internal Super App, consolidating 200 employee apps to 1, which is used for everything from onboarding to timesheet management.

“LambdaTest, one of the fastest-growing startups is using GitHub to run its cloud-based test execution platform which developers can use to perform manual and automated tests on their sites and apps across 3,000+ different browsers and operating systems,” the release said.

It said that Indian Space Research Organisation (ISRO) and Microsoft have signed a Memorandum of Understanding (MoU) to fuel growth of space technology startups in India.

The MoU seeks to empower space tech start-ups across the country with technology tools and platforms, go-to-market support and mentoring to help them scale and become enterprise ready. ISRO and Microsoft collaborate to support space-tech startups in India – Microsoft Stories India.

“Thank you Narendra Modi for an insightful meeting. It’s inspiring to see the government’s deep focus on sustainable and inclusive economic growth led by digital transformation and we’re looking forward to helping India realise the Digital India vision and be a light for the world,” Microsoft chief said in a tweet.

Nadella, who is on a visit to India, met External Affairs Minister S Jaishankar yesterday and discussed several issues including governance and security in the digital domain. Nadella’s visit to India includes a trip to Mumbai, Bengaluru, and New Delhi.