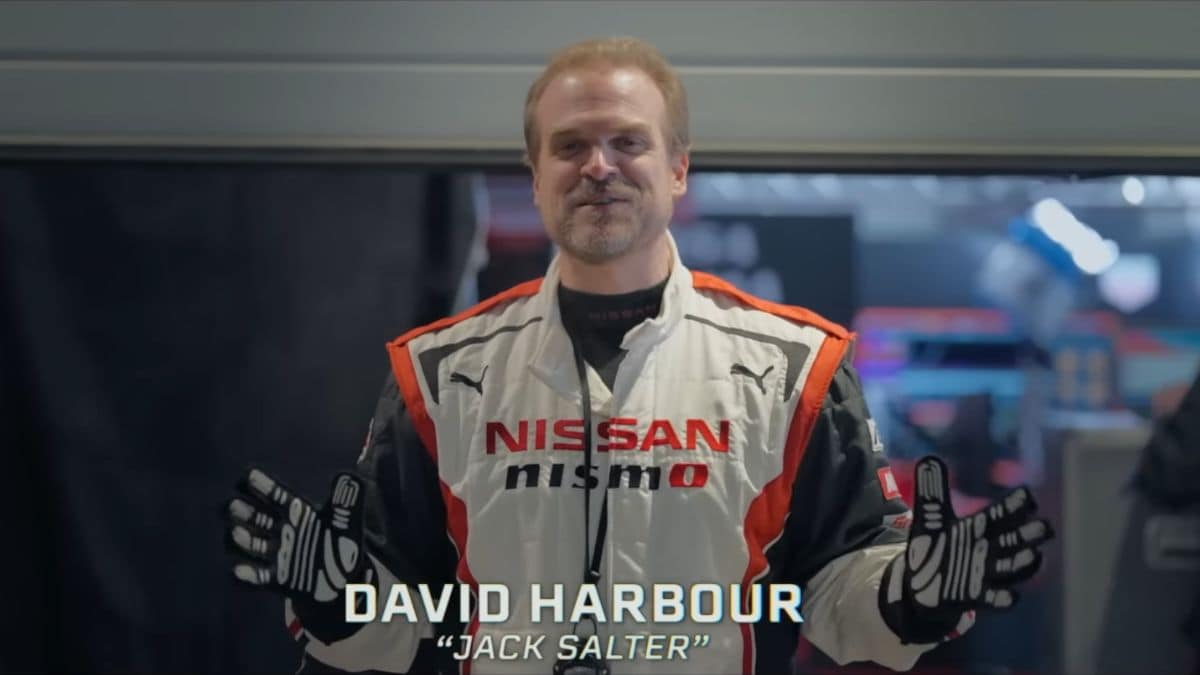 Sony has dropped the first sneak peek trailer for the Gran Turismo movie at CES 2023. The new footage confirms that Archie Madekwe’s name in the film, is indeed Jann Mardenborough, the real-life British racecar driver, who launched his career by participating in the GT Academy training programme. David Harbour plays Jack Salter, a retired racecar driver, who serves ...

The Gran Turismo movie just got a sneak peek trailer. During Sony’s CES 2023 presentation, held early Thursday, director Neill Blomkamp came on stage to introduce the big-screen adaptation of the revered PlayStation racing title. The short teaser shows off sleek cars and camera angles ripped straight from the games, alongside the first look for David Harbour’s character, Jack Salter, a retired racecar driver, who acts as a mentor for the future generation. In the brief trailer, the Stranger Things actor can be seen supervising Gran Turismo players — the game being used as a driving simulator.

As previously revealed, PlayStation’s upcoming theatrical venture is based on the real-life story of Jann Mardenborough, the British racecar driver who kickstarted his career by participating in the GT Academy training programme. The Gran Turismo sneak peek confirms that Archie Madekwe (Midsommar), will indeed, bear the same name, training under Salter to join the big leagues as a professional racecar driver. “This movie is made for the cinema,” Orlando Bloom says in the promo, whilst sporting a grey Nissan jacket, indicating his character Danny Moore, is part of Mardenborough’s crew.

At the event, director Blomkamp mentioned using the Sony Venice 2 camera’s detachable sensors to emulate camera angles from the game, noting it was particularly helpful for getting shots from within the cockpit. He promised three main camera angles in the Gran Turismo movie, including the grill angle, a POV from within the car, and a third-person angle from behind the car, where the camera is mounted onto an arm. The seven-week filming of the Gran Turismo movie wrapped late last month, with stunt driver Mauro Calo claiming to have broken “new grounds on how to film race cars actually racing.”

The Gran Turismo franshise is among several other first-party PlayStation games headed for a live-action adaptation. A Days Gone movie and a God of War series for Amazon Prime Video are in the works, while the upcoming HBO’s The Last of Us series, will premiere on January 16 on Disney+ Hotstar in India. The Gran Turismo film also stars Darren Barnet (Love Hard), Djimon Hounsou (Shazam!), Spice Girls member Geri Halliwell-Horner, Daniel Puig, Josha Stradowski, and Thomas Kretschman (Westworld).

Additionally, at the venue, Sony confirmed that Gran Turismo 7, the newest instalment in the racing simulation franchise, is getting support for PS VR2, at launch on February 22. Those who already own the title on a PS4 or PS5 will gain access to this new version as a free upgrade.

The Gran Turismo movie is slated to hit theatres on August 11.