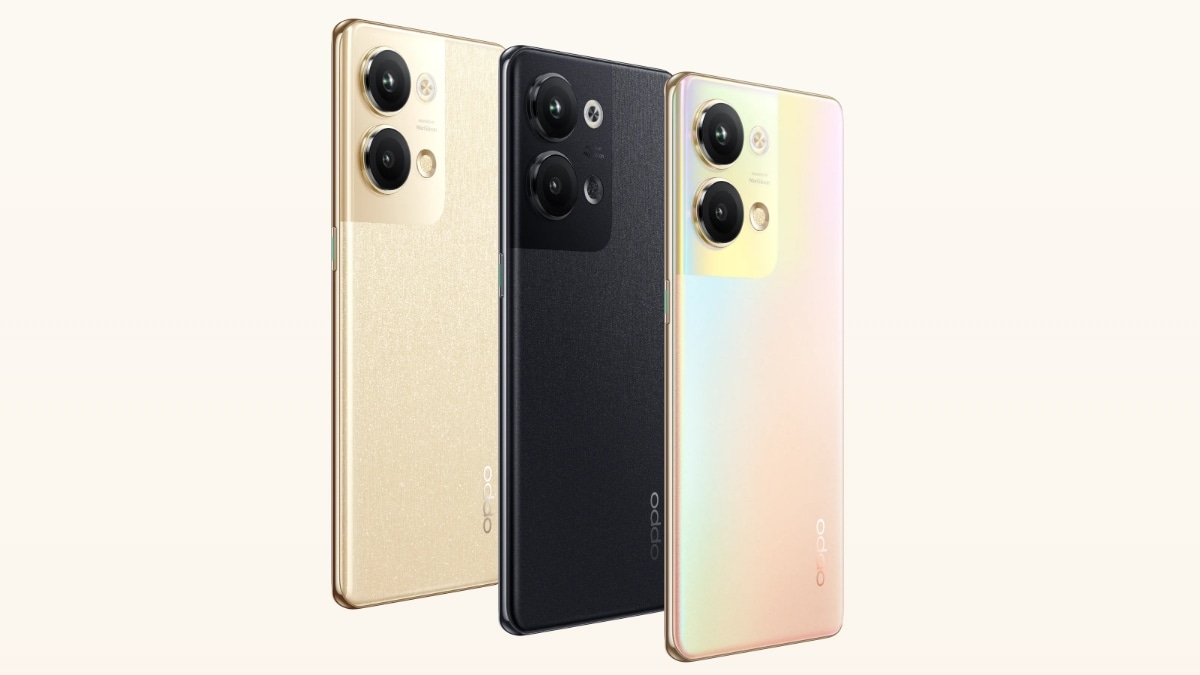 Oppo Reno 9 series was unveiled in China last year. As per a new report, the lineup will not be making it to India, instead, Oppo will unveil its Reno 10 series. The Oppo Reno 10 series smartphones are tipped to be launched in February.

Oppo Reno 10 series phones could be launched in India soon. The Oppo Reno 9 series smartphones with up to 120Hz refresh rate display were launched in China in November last year. The lineup, which included the Oppo Reno 9 Pro+, Reno 9 Pro, and Reno 9 models, was highly speculated to make its debut in other global markets including India, but a new leak suggests that Oppo has held back the India launch decision. Instead, the Chinese smartphone brand is reportedly gearing up to unveil the Reno 10 series in the country around the first half of next month. Recently, the schematics of the Oppo Reno 10 Pro+ 5G have surfaced online, suggesting thin bezels, and a hole-punch display design.

A report by 91Mobiles, quoting tipster Sudhanshu Ambhore (@Sudhanshu1414), has suggested the India launch details of the Oppo Reno 10 series. As per the leak, the launch will take place in February first or second week. The Chinese smartphone brand is expected to skip the Oppo Reno 9 lineup in India. However, Oppo has not shared any information on the new Reno series and it is unclear how many models will be included in the Reno 10 series.

Recently, schematics of the Oppo Reno 10 Pro+ 5G appeared on Weibo. It suggested a hole-punch display design, thin bezels and a new camera design with a pill-shaped camera module with MariSilicon branding. Another leak has indicated that Oppo Reno 10 series will be launched sometime in mid of the year. The Oppo Reno 10 Pro+ is rumoured to feature a periscope zoom camera.

Oppo’s Reno 9 series smartphones feature 6.7-inch OLED curved displays with full-HD+ resolution and up to 120Hz refresh rate. They offer up to 512GB of onboard storage and feature 32-megapixel selfie shooters. The vanilla Oppo Reno 9 is powered by the MediaTek Dimensity 8100-Max SOC, while, the Reno 9 Pro has a Snapdragon 778G SoC. The Reno 9 Pro+ is powered by a Snapdragon 8+ Gen 1 SoC.