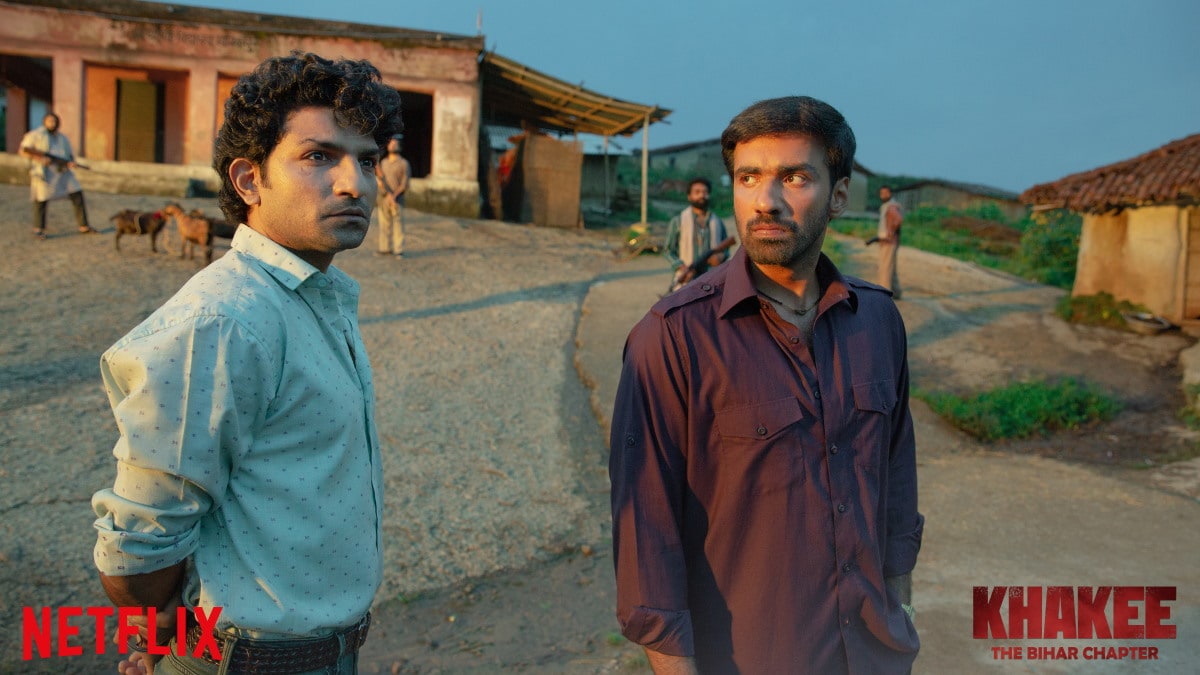 Netflix has dropped a trailer for Khakee: The Bihar Chapter, the new Neeraj Pandey-helmed crime series that dramatises the events of Bihar’s most dangerous criminal being apprehended. The series is based on the book, “Bihar Diaries”, by real-life Indian Police Service officer Amit Lodha. Khakee: The Bihar Chapter stars Karan Tacker as the celebrated officer, alo...

Khakee: The Bihar Chapter trailer is here. Following a teaser drop last week, Netflix has now unveiled a full-length trailer for its Neeraj Pandey-helmed crime drama, ahead of its November 25 release. Based on celebrated Indian Police Service (IPS) officer Amit Lodha’s book, “Bihar Diaries: The True Story of How Bihar’s Most Dangerous Criminal Was Caught,” the series pits two struggling men on opposite ends of the law, in early 2000s Bihar. Bhav Dhulia, best known for Rangbaaz season 1, directs the series, from a script penned by Uma Shankar (Maharani season 1).

The trailer for Khakee: The Bihar Chapter opens with a voiceover setting the premise: “Police and criminal, two very different people, from two very different paths, heading towards each other.” This theme persists throughout, highlighting the hardships of the downtrodden, who eventually turn against society. As stated before, this new Netflix series draws heavy inspiration from Lodha’s memoir, while the idealistic officer was in charge. Special Ops fame Karan Tacker is playing Lodha. “In short, I want to make a difference, and not a small one,” he says, making his way into Sheikhpura, Bihar.

The Khakee: The Bihar Chapter trailer then cuts to show the alternate side — one of notorious gang lord Chandan Mahto (Avinash Tiwary), as he succumbs to a life of crime. “If it’s a crime to speak out against injustice, then I’m a criminal,” he says during a political campaign, hoping to convince audiences to join his crusade. Evidently, he succeeds, creating a band of criminals, armed with firearms, gunning down citizens of Sheikhpura, to the point where such attacks became common routine in the state.

“This honesty, fairness, bravery — all these are expensive ornaments of the police department,” senior officer Mukteshwar Chaubey (Ashutosh Rana) tells Lodha, essentially downplaying the heinous events. “You don’t wear them every day.”

Enraged by the ignorance, Lodha issues a deadline, saying, “Before 15th August, we will free Sheikhpura from Chandan Mahto,” kickstarting a stand-off between police and criminals, with large casualties on either side. Set between the years of 2000 and 2006 in Bihar, Netflix seems to have changed names for the villainous characters in Khakee: The Bihar Chapter, as the original assaults were led by an Ashok Mahto, charged with large-scale massacres and kidnappings.

“When we decided to bring to life Amit Lodha’s story based on his book, we knew we had to work extremely hard considering the vision that we were working on,” director Bhrav Dhulia said in a prepared statement. “At the core of it, Khakee: The Bihar Chapter is a strong character drama that not only tells the tale of good vs evil but also how they use each other to survive.”